These four reels contain actuality from the Women Against Pornography Conference, which took place in New York City, September 15 & 16, 1979.  Tape one includes bits from Saturday's "Welcoming Remarks" including Dolores Alexander and Lynn Campbell, founders of Women Against Pornography (WAP, the audio is poor and choppy), and a "Speakout", coordinated by Lynne Shapiro, where letters that have been sent to the WAP are read, and speakers share their personal experiences with and feelings about pornography. Many of the letters were sent after WAP appeared on the Phil Donahue television program. Throughout the speakout, many women refer to the upcoming October 20, 1979 march on Times Square. Pacifica's recording from that event can be found here: IZ1354.  Next are outtakes from other speakers, and last are are excerpts from later in the "Speakout": Gloria Steinem speaks at 00:11:26--ends abruptly (complete speech in Tape Three), Robin Morgan speaks at 00:19:32 (complete speech in Tape Four)--ends abruptly, and Bella Abzug at 21:14 (large applause as she walks up, same talk in Tape Four) (29 min).

Tape two includes: the actuality of a slide show "Themes in Pornography" presented during the Welcoming Remarks on Saturday (breaks in in the middle); "Speakout" continued, reading of personal letters sent to WAP and unidentified speakers sharing personal experiences and feelings about pornography, and Katherine Brady, author of "Father's Days: A True Story of Incest."(49 min). 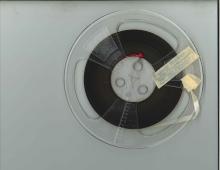 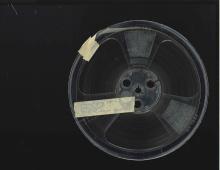 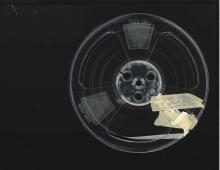 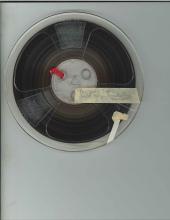